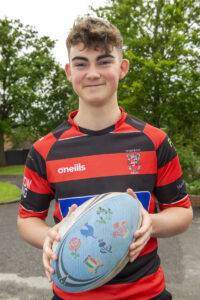 Harry has been scouted by Salford Red Devils as he looks to live his rugby league dream.

The Year 10 pupil was playing scrum half for his team Leigh East when he was spotted.

“A Salford Red Devils scout spoke to me after the match, I was shocked as to me I was just playing another match,” said Harry.

“They are putting together a scholarship team for next season and they want me to be part of it.

“It’s a dream come true. I got into rugby league through my grandad and I am a Wigan fan but this is massive for me.

“This is about the age that you get picked up for teams and, while I will still play for Leigh East, I will train every Wednesday with Salford and play matches at weekend. I am really excited.”