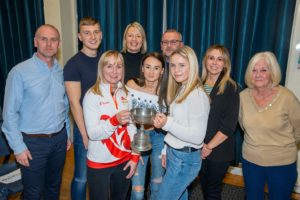 It was an emotional night at Holy Cross’s Class of 2019 Presentation of Certificates Evening as Catherine Samways was presented with the Matthew Gibbons Memorial Award.

Her elder brother Matthew Gibbons died in a traffic accident 22 years ago and every year, Holy Cross have presented a trophy in his honour for a pupil who is an all-round achiever and who is involved in the life of the community.

Lisa came to talk to the Year 11s about her boxing career but also with her family for what was an important night as Holly Gibbons received her certificates.

Holly is the last member of the Gibbons family to come through Holy Cross and so it was a poignant night.

The winner of the Matthew Gibbons Memorial Award this year was Assistant Head Girl Catherine, Holly’s friend, who was praised for immersing herself in Holy Cross life.

Catherine was a member of many sports teams, a Young Leader in Sport, she took part in the School Council as well as embracing the Duke of Edinburgh Awards Scheme and volunteering at assemblies and Remembrance events.

“I was shocked to win the award,” said Catherine. “I wasn’t expecting it and it’s an honour to get it with all the family here and especially as I am good friends with Holly.” 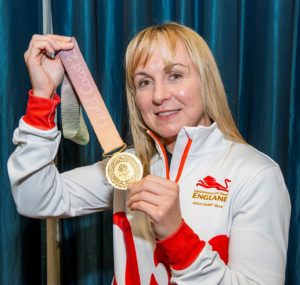 Lisa left Holy Cross 18 years ago and admitted: “It’s a bit crazy to be presenting my brother’s award but it means such a lot to me.

“Matthew was my elder brother and it was soul-destroying when he died in a car accident. I was 11-years-old and I immersed myself in sport.”

Lisa left Holy Cross and went into the police force and there found a love of boxing.

While working full-time she competed as an amateur and won an array of medals and titles including a silver and bronze in the World Championships and, just after her dad died of cancer, getting on the Team GB squad and winning a gold medal for him at the European Union Championships.

She then won gold at the Commonwealth Games in Australia in 2018 before turning professional.

“That was the pinnacle of my amateur boxing career and I just want to tell the pupils at Holy Cross that, whatever life throws at you, believe in yourself, keep your dreams. You will have some tough times but will have some amazing times too.”

Lisa is now training for a fight at the Bolton Stadium in December as she aims for a World title.

Other special award winners at the Presentation Evening were Rhiannon Leathwood who won the Jonathan Hutchings Award, given to a student on a work-related course. Rhiannon has done a two-year motor vehicle course, in conjunction with college, and flourished.

The Academic Excellence Awards were presented to Elizabeth Blackburn for her eight Grade 9s and two Grade 8s and Head Boy Zac Blackwell for his three Grade 9s and four Grade 8s.

The Progress Awards were won by Niamh Davis and Adam Lister. Niamh got over two grades higher than she was predicted at the start of school and Adam got, on average, three grades higher.

Awards were given in specialist subjects to pupils who had shown dedication and hard work while certificates were also given out to those who took part in the Duke of Edinburgh Awards scheme. 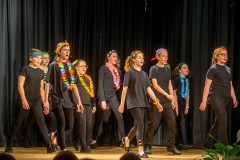 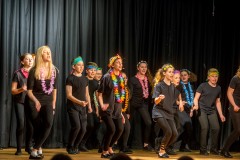 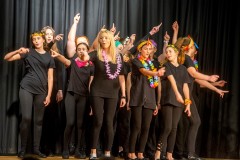 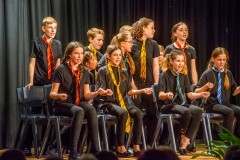 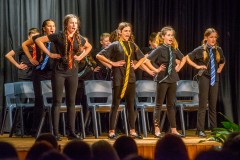 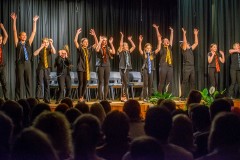 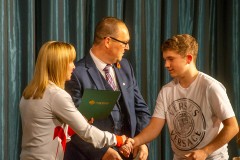 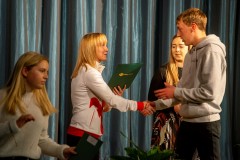 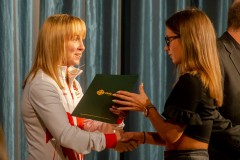 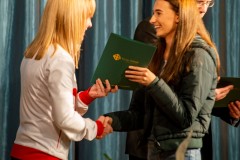 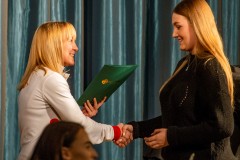 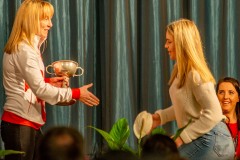 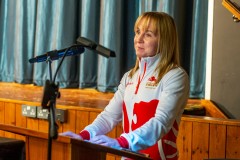 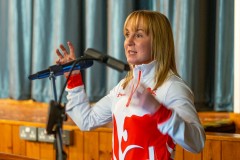 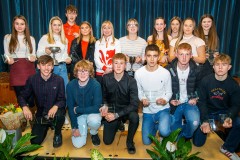 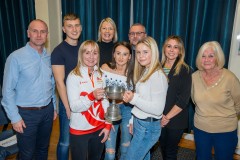 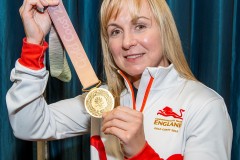