GCSE Results Success at Holy Cross for the Class of 2019!

Head teacher Ivan Gaughan said: “The results are brilliant and it’s down to the dedication and hard work of the staff and the students.

“There have been some outstanding individual results and we are proud of our results collectively as well.”

Elizabeth Blackburn has her sights set on Cambridge University as she celebrated a superb eight nines and two eights in her GCSEs.

She will go to Runshaw College to study French, Maths, Further Maths and Chemistry.

“I am not sure what I want to do in the future but it will definitely involve maths!”

Elizabeth is also self-taught in Spanish: “I went on websites and used text books as I just wanted to learn it as I go to Spain quite a bit. I will definitely keep it up as it will be useful.”

Zac Blackwell admitted there were tears with his mum Kim as he was ‘gobsmacked’ at his results.

“I really didn’t expect to do so well, there were lots of tears,” he said.

Zac is a sprinter and this summer represented Lancashire in the 200m in the English Schools Championships in Birmingham.

“I didn’t get to the final but it was a good experience, it was my first time there and I got a feel for it.

“I recently competed in the North of England Championships at Wavertree and I came fourth so it’s been good year as I am Lancashire Under 17 mens champion as well.”

Zac will go to Runshaw College to study Chemistry, Biology, Maths and History.

“I want to be a dentist, I have always wanted to do that,” he added.

“I will go onto Runshaw College to study History, Sociology, Psychology and PE. I want to be a teacher.”

Sienna Redmond was a high-performer, achieving five Grade 9s, two 8s and a 7.. 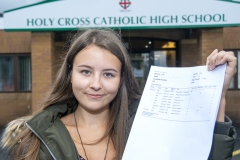 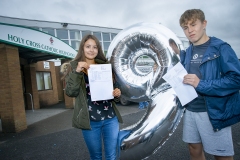 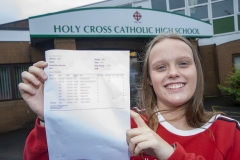 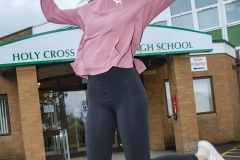 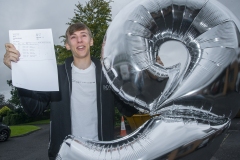 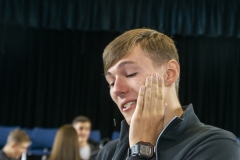 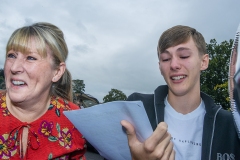